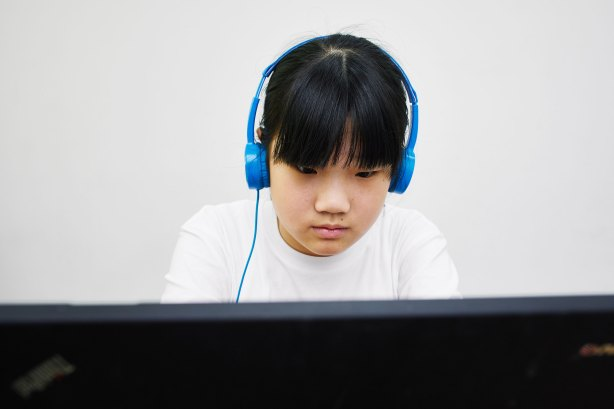 This is what’s keeping electric planes from taking off

What’s happening?: Startups are exploring how electric planes could clean up air travel, which accounts for about 3% of global greenhouse gas emissions. The reductions from embracing electric flight could be significant—close to 90% fewer emissions for a battery-powered plane charged with renewable energy.

What’s the problem?: Today’s electric aircraft could safely carry you and about a dozen fellow passengers only around 30 miles, according to a recent analysis. The limiting factor is the battery, in particular the amount of energy that can be stored. Today’s batteries don’t have the energy density necessary to power anything but the lightest planes, and even for those, the trip will be about as far as a long bike ride.

What’s next?: Batteries have been packing more power into smaller spaces for about 30 years, and continuing improvements could help electric planes become a more feasible option for flying. But they’re not there yet, and ultimately, the future of electric planes may depend on the future of progress in battery technology. Read the full story.

A three-parent technique could help trans men have babies

How it works: The process involves removing pieces of a transgender man’s ovary, extracting eggs from the ovary in the lab, and swapping in parts of an egg from another person before fertilizing them with sperm to create embryos. Extracting eggs in the lab has helped some people have babies after surviving cancer. And the so-called three-parent technique—using parts of an egg from a third person—has been used in attempts to help people avoid passing genetic diseases to their babies and to boost fertility.

Why it matters: The new research suggests that these technologies, used in concert, could also boost a trans man’s chances of using his eggs to create a healthy embryo—and potentially have a baby—without having to undergo typical fertility treatments. Read the full story.

Bright LEDs could spell the end of dark skies

Scientists have known for years that light pollution is growing and can harm both humans and wildlife. In people, increased exposure to light at night disrupts sleep cycles and has been linked to cancer and cardiovascular disease, while wildlife suffers from interruption to their reproductive patterns, increased danger and loss of stealth.

Astronomers, policymakers, and lighting professionals are all working to find ways to reduce light pollution. Many of them advocate installing light-emitting diodes, or LEDs, in outdoor fixtures such as city streetlights, mainly for their ability to direct light to a targeted area. But the high initial investment and durability of modern LEDs mean cities need to get the transition right the first time or potentially face decades of consequences. Read the full story.

1 Google is integrating large language models into robots
In theory, this means they should understand a wider array of commands from humans. (WP$)
+ Google’s robot is powered by their most powerful model. (Wired $)
+ The race to understand the exhilarating, dangerous world of language AI. (MIT Technology Review)

2 Why we can no longer afford to ignore the case for climate adaptation
We’re living in the middle of a cautionary tale. (MIT Technology Review)
+ Extreme heat means we’re going to have to change how we design cities. (The Atlantic $)

3 The US is still doing lots of business with China
Despite escalating tensions, officials are still approving semiconductor and component deals. (WSJ$)

4 How a traumatic brain injury changed how one girl saw the world
Distrusting her senses helped her to forge a new sense of who she is. (Wired $)
+ This is how your brain makes your mind. (MIT Technology Review)

5 This company wants to grow crops in space
Using the first commercial space greenhouse. (Reuters)
+ Why we’re getting closer to discovering what dark matter actually is. (aeon)

6 Bitcoin’s biggest miners lost more than $1 billion during the crash
They’ve been forced to sell off coins as a result. (Bloomberg $)
+ Alphabet has invested more in blockchain than any other public company. (Cointelegraph)
+ Texas’ power grid is creaking under the strain of crypto mining. (Slate $)
+ The losses from crypto hacks this year are over $1 billion, too. (Reuters)

7 Meet the influencers fighting Kashmir’s internet blackout
Budding influencers are getting creative to skirt around the Indian government’s shutdowns. (Rest of the World)

8 Hackers are targeting mining and oil giants
In a new wave of anti-capitalist resistance. (Motherboard)

9 Scientists want to bring the thylacine back from the dead
The wolf-sized marsupial was hunted to extinction a century ago. Now, it could be coming back. (Ars Technica)
+ The same company wants to bring back the wooly mammoth, too. (CNET)
+ How two high school students discovered two new scorpion species. (Slate)

10 Gen Z is turning its back on Amazon
TikTok stars are backing its Labor Union’s demands for higher wages. (WP$)
+ The UK’s youngsters spend more time on TikTok than watching TV. (FT$)
+ If your recently published book has flopped, flogging it on TikTok could help. (The Guardian)

“It was not a great night.”

—Ethan Zuckerman, a professor at the University of Massachusetts Amherst, tells the New York Times about the time a series of broken chargers left him stranded and unable to charge his electric car.

China has started a grand experiment in AI education. It could reshape how the world learns.

Zhou Yi was terrible at math. He risked never getting into college. Then a company called Squirrel AI came to his middle school in Hangzhou, China, promising personalized tutoring. He had tried tutoring services before, but this one was different: instead of a human teacher, an AI algorithm would curate his lessons. The 13-year-old decided to give it a try. By the end of the semester, his test scores had risen from 50% to 62.5%. Two years later, he scored an 85% on his final middle school exam.

Experts agree AI will be important in 21st-century education—but how? While academics have puzzled over best practices, China hasn’t waited around. In the last few years, the country’s investment in AI-enabled teaching and learning has exploded. Tech giants, startups, and education incumbents have all jumped in. It’s the world’s biggest experiment on AI in education, and no one can predict the outcome. Read the full story.

+ Who knew the Prodigy’s Breathe would sound as good as it does acoustically?
+ A teenager tried to hide from the police inside a giant teddy bear.
+ Take a deep breath and enjoy this ode to relaxing Twitter accounts.
+ Success looks like different things to different people. Here’s why that’s great.
+ A gigantic inflatable Ozzy Osbourne is touring the US, because why not?