The future of urban housing is energy efficient refrigerators 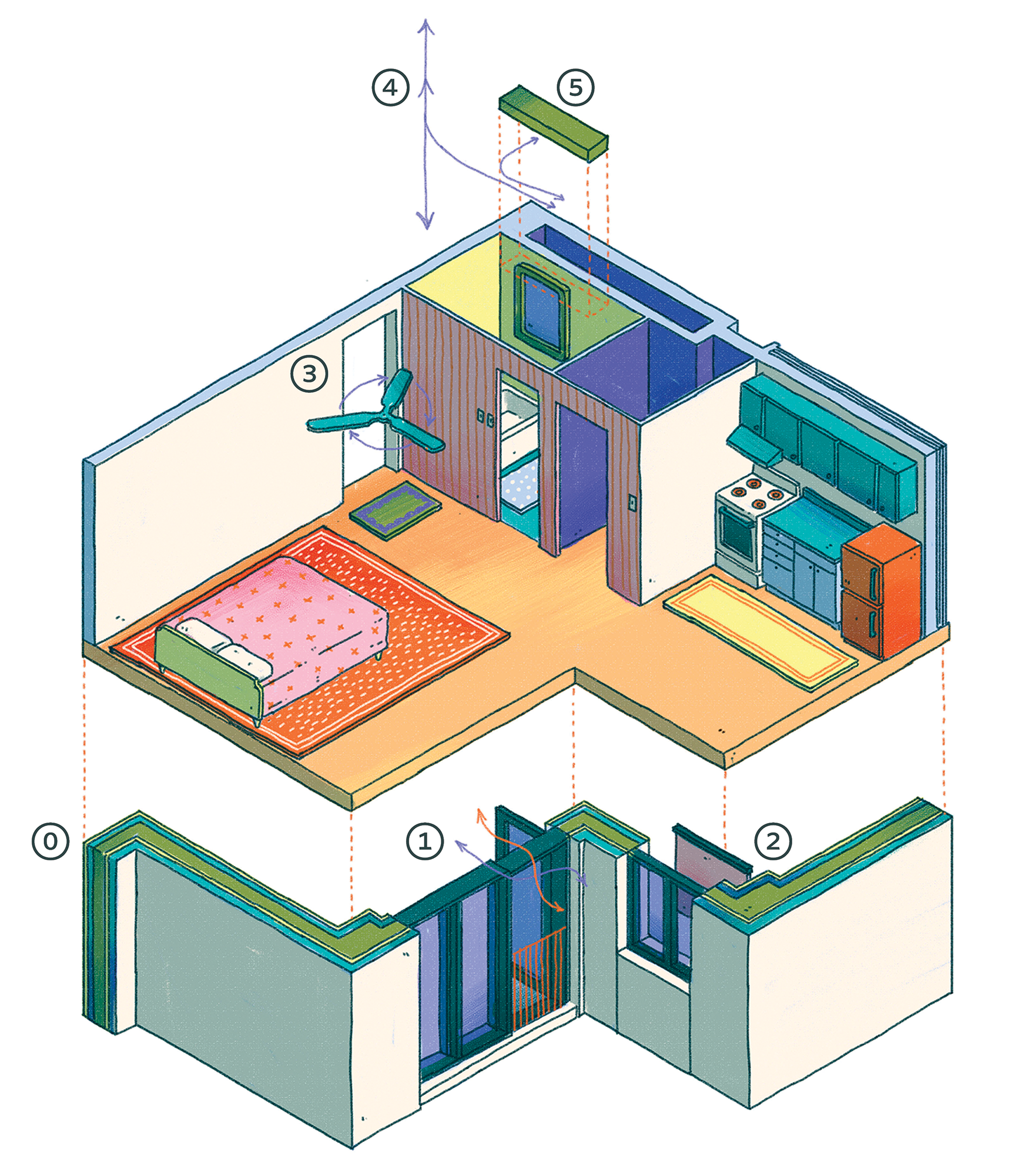 Katerra’s all-encompassing vision of reforming the construction world, using billions of dollars in investment to build an entirely new production system from the ground up, showcased stereotypical Silicon Valley arrogance. It also had a fraction of the impact of European models that seek to retrofit using a simple, straightforward, and standard set of parts.

The company shared a common blind spot with many American technologists, according to Gerard McCaughey, a serial entrepreneur and founder of Century Homes, an Irish pioneer of off-site construction: it disregarded innovation pioneered overseas. While American construction favored wood-frame building on-site with readily available raw materials — picture a Ford pickup piled with two-by-fours pulling up to a lot — more space- and material-constrained builders in Asia and Europe have perfected prefab and modular techniques. Katerra ignored these examples, which slowly built up expertise by focusing on specific sectors one at a time. Instead, it tried to reinvent the wheel, bringing every facet of the complex construction process in-house and building too many different models at once and causing massive cost overruns.

“It’s not what you know or what you don’t know that catches you,” says McCaughey, who held talks with Katerra leaders. “There were things they were dead certain you needed to do, but [they were wrong]. Off-site isn’t a one-trick pony. You have to crawl before you can walk. The least experienced guy in my company knew more about off-site construction than their senior leadership. ”

The Energiesprong model, which has retrofitted thousands of homes in the Netherlands and across Europe, relies on Stroomversnelling (the name means “rapid acceleration”), a network in which contractors, housing associations, parts suppliers, and even financiers work in close contact— a level of coordination that even Katerra’s sprawling system didn’t match. Right now, the Energiesprong system can redo a building in roughly 10 days. Other startups and construction companies offer complimentary upgrades: Dutch firm Factory Zero, for example, makes prebuilt modules for roofs boasting electric boilers, heat pumps, and solar hookups. The greening of an older building is nearly plug-and-play.

It’s part of a larger European model that starts with an ambitious emissions policy and supports it with incentives and funding for retrofits and new buildings via programs like Horizon Europe, in effect subsidizing novel building methods and creating a market for innovative windows, doors, and HVAC systems. A key component of its success has been governments’ willingness to fund such upgrades for subsidized and public housing, typically postwar towers and townhomes in desperate need of improvement. But there are also other significant advantages in Europe: building codes are much more standardized across countries and the continent as a whole, including some progressive regulations pushing for the passive house standard, an ultra-efficient level of insulation and ventilation that drastically reduces the energy needed for heating and cooling. The entire housing ecosystem is smaller and more standardized too, making it easier to support more experiments. Energiesprong uses a single building model, a handful of contractors, and a relatively small pool of players across a small area.

Coordination would be exponentially harder in a single US city, much less the entire nation. “Europe takes a shotgun approach and funds numerous programs across the board,” says Michael Eliason, a Seattle-based sustainable building expert and founder of Larch Lab, a design studio and think tank. It’s an approach that spreads risk among different ideas, as opposed to concentrating venture capital on a handful of single-minded hypergrowth startups. “The US ends up being kind of a sniper rifle,” he says. “Katerra fails and it impacts the entire prefab construction industry.”

An emerging model in Canada seeks to replicate Europe’s. CityHousing Hamilton, the municipal housing authority for the Ontario city, recently used national housing funds for a full retrofit of Ken Soble Tower, a waterfront high-rise for seniors that was built in 1967 and had fallen into disrepair. The project, which incorporated panelized exterior cladding, new high-efficiency windows, and electrification of heating and gas stoves, brought the building to the passive house standard; with a 94% reduction in energy usage thanks to extreme efficiency, the total energy needed to cool and heat a unit is equivalent to three incandescent light bulbs. Gracious new bay windows offering seating, sweeping views, and daylight suggest there was no aesthetic price to pay.

Graeme Stewart of ERA Architects, who led the project and has studied the nation’s hundreds of similar midcentury high-rises, says the project gave business to Canadian firms manufacturing high-tech windows and cladding, suggesting that such work could help seed a domestic industry for more green building projects. He’s even spearheaded the creation of the Tower Renewal Partnership, an organization dedicated to pursuing similar retrofits across Canada. But CityHousing Hamilton’s development manager, Sean Botham, says that even with all the benefits they’re seeing for the tower residents — better air quality, infection control, mental health, and cognitive function, and “views you just don’t get in social housing ”—the agency is not likely to pay the 8% cost premium to upgrade other buildings in its portfolio without more funding support.