Against all odds and despite sanctions, Russian tycoons are regaining some of their wealth.

After almost one month of suspension, shares in Moscow climbed on Thursday, with the benchmark MOEX Russia Index rising as much as 12% before closing up 4.4%. While only 33 stocks resumed trading, Russians with fortunes linked to them added $ 2.7 billion combined, according to the Bloomberg Billionaires Index tracking the wealthiest 500 people in the world. At one point during the day, they were up more than $ 10 billion.

Scores of Russian billionaires got sanctioned by the European Union and the UK after the Kremlin started its war against Ukraine. Some got their possessions in those jurisdictions seized, and others rushed to shift ownership of their stakes while they still could. But for the 10 tycoons whose shares resumed trading, the advances were adding to their paper gains. 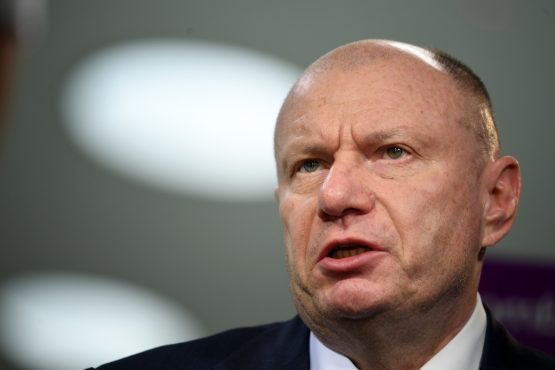 Leonid Mikhelson and Gennady Timchenko each grew their fortunes by more than $ 1 billion on Thursday. Timchenko got sanctioned by the European Union, the UK and the US, although Michelson didn’t. Vladimir Potanin, who hasn’t been sanctioned either, remains a richest person with a $ 26.3 billion fortune.

The gains on Thursday partly offset a 33% plunge on February 24, the day Russia invaded Ukraine. Before the trading halt, the 23 tycoons part of the world’s 500 richest people had more than $ 316 billion of combined wealth, down $ 58 billion for the year.

The 33 stocks that resumed trading on the Moscow exchange had some restrictions that helped prop up the market: foreigners were not allowed to offload their holdings and short selling was banned.