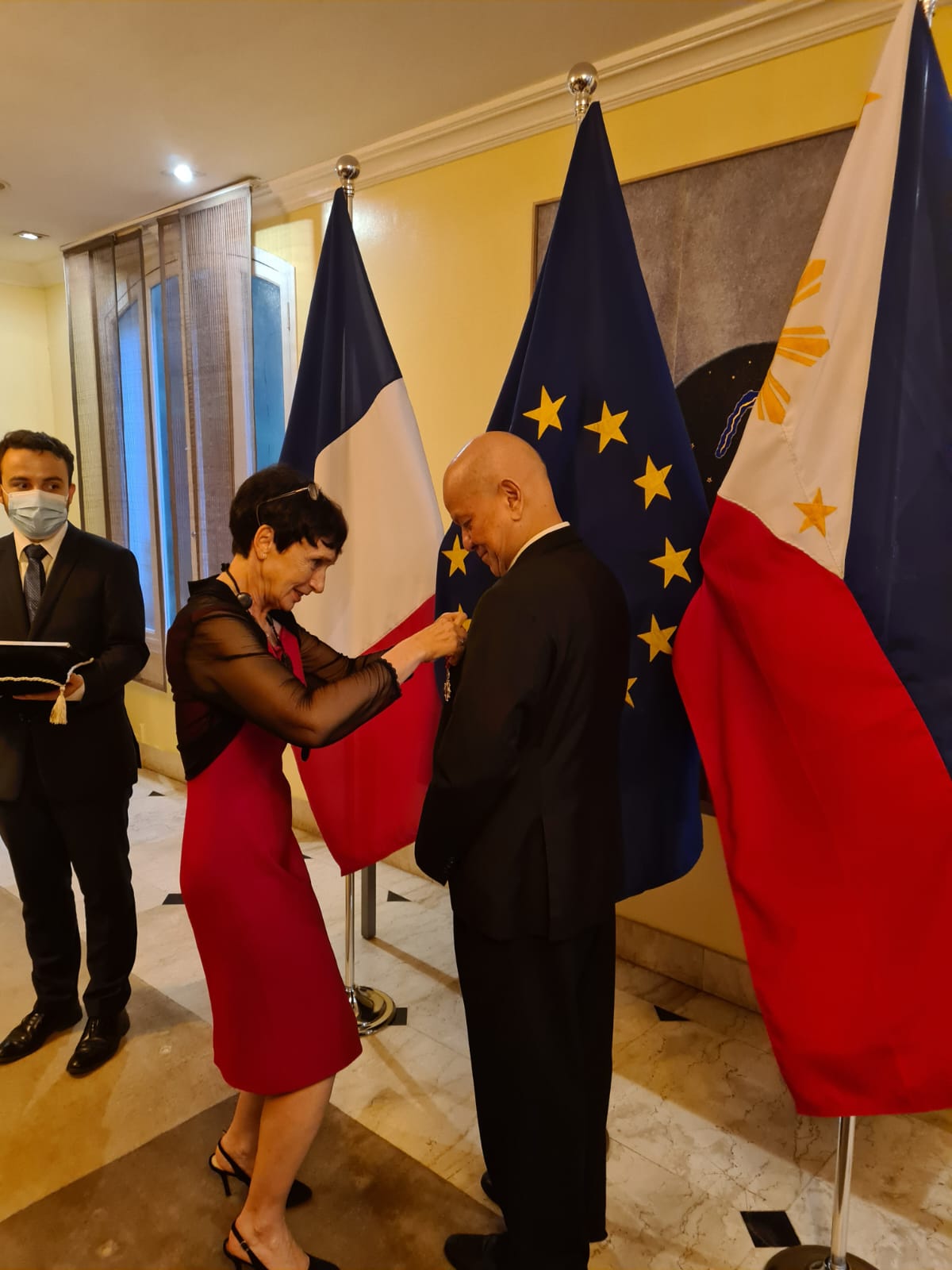 Business tycoon Ramon S. Ang was conferred with the Legion of Honor, the highest distinction the French government could award.

The SMC President earned the prestigious Legion of Honor for his contributions and efforts in strengthening the ties between France and the Philippines. Ang now joins the short list of Legion of Honor awardees, which includes several past presidents.

The ceremony was also made to mark the 75 years of diplomatic relations between France and the Philippines. Ang received the Legion of Honor, with the rank of Officer (Officer) from French Ambassador to the Philippines Michèle Boccoz.

The Légion d’Honneur is usually awarded to French nationals, but foreigners who have performed exceptional service to France or its ideas may also be conferred. It’s considered the highest French decoration and is recognized all over the world.

According to the French ambassador, Ang deserved the highest distinction for his role as a businessman and a philanthropist. Through SMC, Ang’s infrastructure paved the way to boost economic activity and diplomatic ties.

She was quoted in CNN Philippines saying, “All of you here witnessing this ceremony today are well acquainted with Ramon Ang’s prestigious career and how under his leadership, San Miguel Corporation grew within a decade to become the Philippines’ top group in terms of market capitalization . As a businessman, sir, you highly contributed to the development of business partnership between our two countries.”

Boccoz also highlighted Ang’s philanthropy by recalling how he tapped Philippine Airlines to deliver French humanitarian aid to the Filipinos during the aftermath of Super Typhoon Yolanda in 2013. As then president of COO of Philippine Airlines, Ang facilitated the immediate transport of French doctors, rescuers, and relief goods all for free.

In his speech, Ang recognized the efforts of his colleagues at San Miguel Corporation. He also renewed his commitment to continue helping the country recover amid the pandemic. Ang also said they will continue to find ways to help improve the lives of Filipinos.

“This recognition inspires me and my colleagues in San Miguel Corporation with whom I proudly share this to work even harder to deliver a better future for all and uphold the common values ​​that we stand for and live by,” he said.

“Amidst the pandemic, we have remained committed to dedicating our resources to building back better, through initiatives that will help boost our economic growth and improve the lives of many of our countrymen,” he added.

Even on Facebook, Ang said the prestigious award has warmed his heart knowing that their collective efforts have been recognized. He added that SMC’s relationship with France goes a long way back because they both share the same core values ​​of uplifting the lives of the people.

“This honor will serve as a constant reminder of the importance of upholding both our countries’ best ideals, valuing our friendship, and working with others to achieve meaningful goals — far beyond what we can accomplish on our own,” Ang wrote.

Ang’s success story and achievements have truly inspired many aspiring businessmen. If you want to know more, you can also learn his 7 secrets to success and happiness.