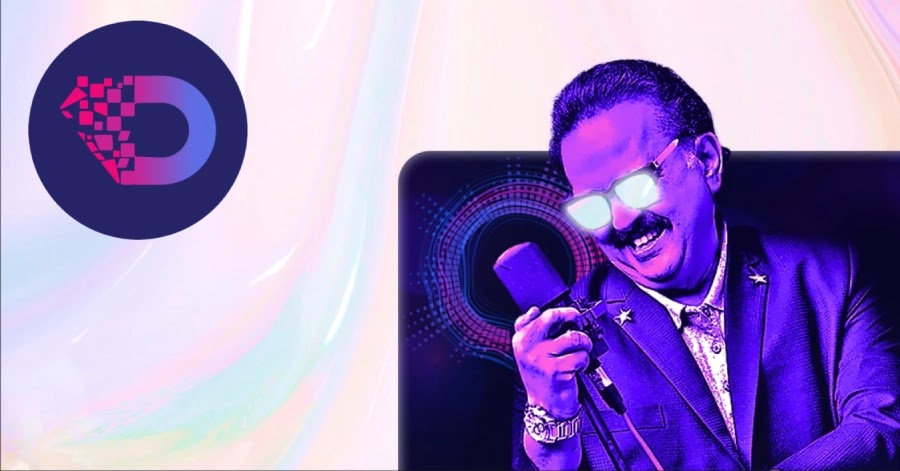 30-min track to be auctioned on April 9

Winning bid to get 51percent copyright to the musical masterpiece

Digital art collectors, music lovers and fans will have the rare opportunity to own the last ever unreleased song of legendary Indian playback singer Late SP Balasubrahmanyam. India’s leading entertainment NFT platform Diginoor, which has the exclusive rights to sell and release the song as a Non Fungible Token (NFT), will auction the 30-minute track on April 9. This is also the first time ever that the buyer will be transferred 51 percent of the copyright, giving the NFT holder the right to make the song available to the larger public, adapt or reproduce it in any manner.

The unreleased track, which is in Tamil, was the last ever devotional track recorded by SPB a few weeks before he passed away in September 2020 following complications due to COVID 19. The album titled Vishwaroopa Darisanam was recorded by SPB in collaboration with leading music label Symphony Records. The platform is witnessing pre-bid offers for the NFT drop for $ 150,000. To give fans a preview, Diginoor will release a one minute trailer of the song on its platform on April 2nd.

Speaking about the NFT drop, SP Charan, filmmaker, playback singer and SPB’s son said, “It gives us great joy to announce the NFT drop of my father’s last unreleased song. We are thankful to Diginoor for creating this NFT, and carrying on the legacy of Shri SP Balasubrahmanyam. I hope his fans will enjoy this limited edition NFT. “

Sri Hari, CEO, Symphony Records said, “The inimitable singing style of legendary SP Balasubrahmanyam sir makes even the most classical compositions so touching and emotional. We are proud to conceptualize and produce this rare album which is a tribute to his melodious voice that will stay with us forever. Symphony is glad to partner with Diginoor to launch SPB’s last song as an NFT, giving a chance to his fans and music lovers to have co-ownership of sir’s Magnum Opus and its copyrights.

Shaamil Karim, Founder and CEO, Diginoor said, “As a Tamilian, it brings me great pride to release SP Balasubrahmanyam sir’s magnum opus on Diginoor exclusively for his legacy to live on the blockchain forever. This is also the first time in the industry that the NFT will facilitate the transfer of 51 percent of the copyright to this musical masterpiece to the winning bid. “

Diginoor is revolutionizing cinema and music fandom and has become the trusted partner of some of the biggest celebrities and production houses to launch NFTs. Leading production houses including Sivaji Productions, Reliance Entertainment, YNOT Productions, AVM Productions and Thenandal Studio have partnered with Diginoor. The largest entertainment NFT platform has launched digital collectables of the leading films of Superstar Rajinikanth – Sivaji: the Boss, Chandramukhi and Kabali.

The platform is the first in the country to offer debit and credit cards to purchase NFTs.

Diginoor is India’s first and leading entertainment NFT marketplace. After starting out with NFTs of South Indian movies, Diginoor has now expanded to include pan-Indian NFT content and has expanded from cinema to NFTs music and more. Diginoor provides Indian investors with an avenue to invest in the Web 3.0 space while also carving out a place for Indian cinema on the blockchain. Log on to www.diginoor.io to find out more.