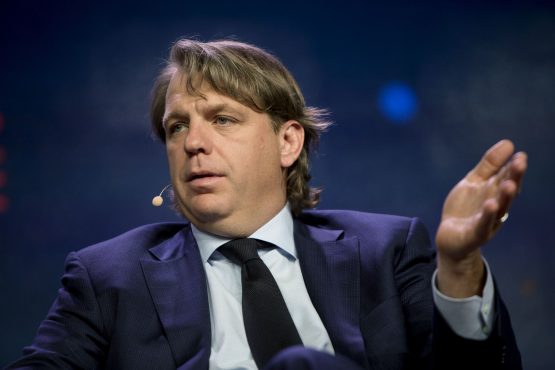 The sale of Chelsea FC to US investor Todd Boehly has been approved by the UK government, bringing a close to Russian billionaire Roman Abramovich’s near 20-year ownership of the football club.

The approval of the £ 4.25 billion ($ 5.3 billion) sale, first reported by Bloomberg News, ends months of uncertainty for fans and staff of the London club, which Abramovich was forced to put up for sale in early March shortly before being sanctioned as part of the UK’s response to Russia’s war in Ukraine.

Since then, Chelsea has been operating under a special government license while US bank Raine Group managed its sale. A host of wealthy investors, many from the US, submitted offers for the club and there was also a late proposal from British billionaire Jim Ratcliffe.

“Late last night the UK government reached a position where we could issue a license that permits the sale of Chelsea Football Club,” a government spokesperson said in a statement.

1/2 Last night the Government issued a license that permits the sale of @ChelseaFC. Given the sanctions we placed on those linked to Putin and the bloody invasion of Ukraine, the long-term future of the club can only be secured under a new owner.

Boehly’s winning bid is backed by California-based private equity firm Clearlake Capital. It includes a £ 2.5 billion purchase of shares and £ 1.75 billion for further investments to benefit the club. The process was complicated by the need to comply with sanctions and ensure none of the proceeds found their way to Abramovich, but instead to charitable causes.

“Following extensive work, we are now satisfied that the full proceeds of the sale will not benefit Roman Abramovich or any other sanctioned individual,” the government spokesperson said. “We will now begin the process of ensuring the proceeds of the sale are used for humanitarian causes in Ukraine, supporting the victims of the war.”

The English Premier League on Tuesday gave its approval to the Chelsea takeover by the Boehly consortium. A representative for Chelsea declined to comment.

The sale means that from next season, more than half of the 20 teams competing in the EPL will be backed by US money. Four of the ‘Big Six’ – Arsenal FC, Chelsea, Liverpool FC and Manchester United FC – will be owned outright by Americans. Boehly is a former president of Guggenheim Partners and a co-owner of Major League Baseball’s Los Angeles Dodgers.

Fans of Chelsea will be looking to him to continue what has been a golden-era for the club under Abramovich. The Russian invested hundreds of millions of pounds in Chelsea over almost 20 years, helping it win 21 trophies and establishing it as one of the dominant forces in English football.

But Chelsea finished the most recent EPL season in third place, some distance behind rivals Liverpool and Manchester City. The club was unable to negotiate player contracts while the sale process was ongoing and coach Thomas Tuchel has already said he will delay his holidays in order to work with the new owners ahead of the summer transfer season.