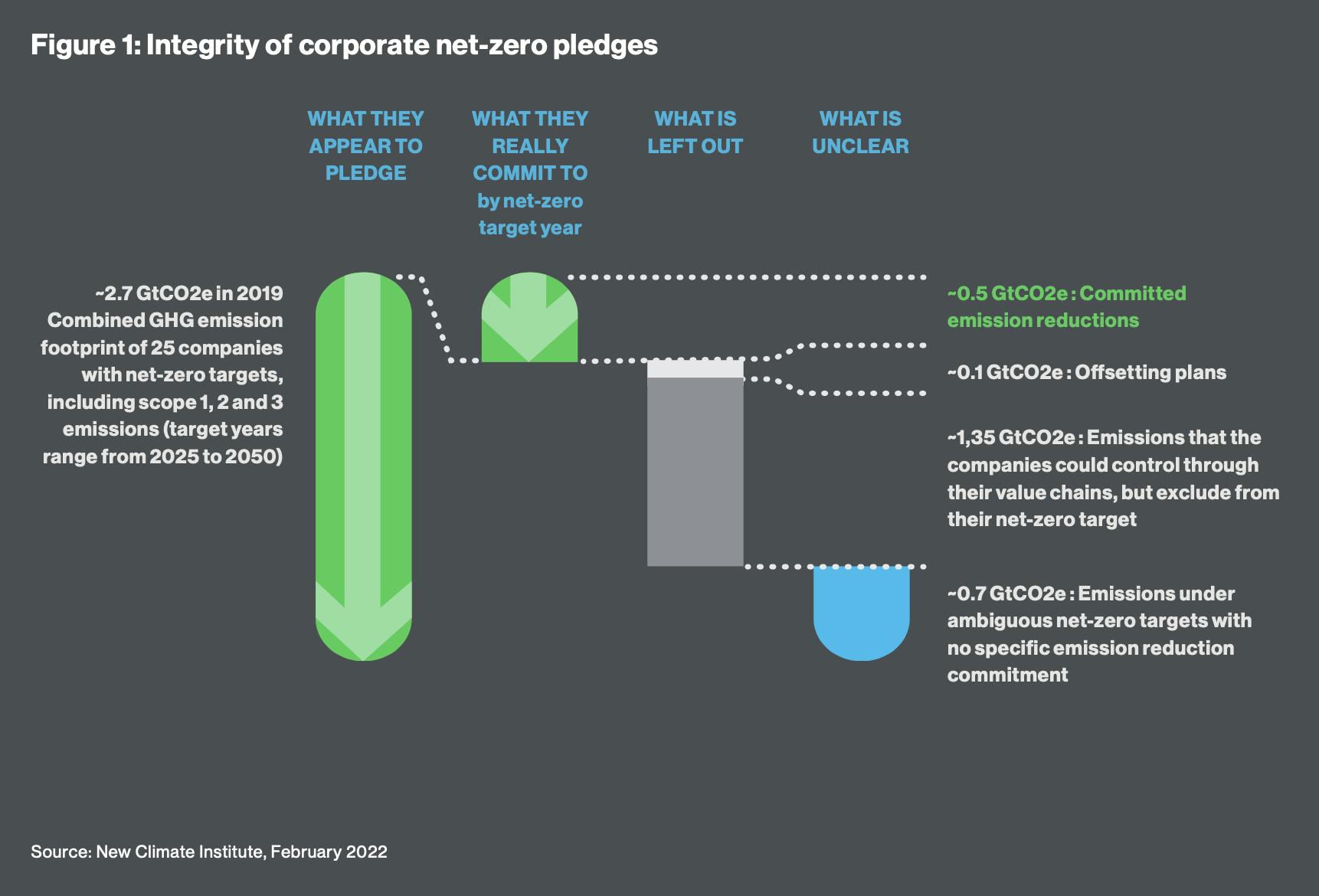 Decarbonization in the manufacturing process, through improving equipment operations, reducing waste, and making products with less carbon-intensive inputs, is increasingly fitting into global firms’ broader green agendas. But, more work on this clearly needs to be done. In its 2022 Corporate Climate Responsibility Monitor, the New Climate Institute reviewed the net-zero commitments of 25 large corporations and found their emission-reduction efforts would only achieve 40% reductions on average, and only three of the companies (none of them manufacturing firms ) would achieve 90% decarbonization by their target dates.

Manufacturers have several levers to pull in their efforts to decarbonize. One is to diversify their energy sources away from fossil fuel-based electricity, purchasing from renewable energy producers or developing photovoltaic microgrids to produce their own green power.

Another lever is to accelerate the efficiency of equipment maintenance and process optimization, using improved data, analytics, and Internet of Things (IoT) -based sensors to identify production-asset faults and assess operating conditions with greater accuracy.

A third lever involves modernizing manufacturing processes to reduce processes and the amount of raw materials used during production, as well as decreasing the usage of machinery and improving the performance of existing machinery.

Castrip, a US-based flat rolled-steel processor firm, licenses technology that converts liquid steel into one- to two-millimeter thin strips for use in industrial, automotive, and construction applications. It has dramatically reduced the amount of CO2 emitted when converting liquid steel into thin steel strips by 80% to 90% over traditional methods, thanks to reduced machinery usage and fewer production processes.

Castrip’s director of technology, Walter Blade, says his company’s core technology innovation, which is about two decades old, has transformed the emissions profile of steelmaking. “A conventional weak casting hot strip mill has massive structures on an energy-intensive production line some 800 meters long,” he explains. “We have removed rollers and other processes and created a strip casting process that pours liquid steel through a single rolling mill only 50 meters long.”

Castrip’s approach has extracted many of the processes that consume energy and generate heat, thus significantly reducing a mill’s carbon footprint. Blade points out, however, that these process improvements were not explicitly designed to reduce the energy intensity of their producing strip. “The first driver was to make a smaller capacity strip for a niche production plant of half a million tons, which is a pretty good size for even a small developing country in terms of its requirement for sheet steel,” he says. The carbon-friendliness was a fortunate side benefit, which Castrip has now turned into a core selling point.

The ongoing challenge, however, is to continue to decrease energy intensity. “We’ve totally removed any need to reheat a large section of steel, but we’ve eliminated that process so there’s no scale for further improvement,” says Blejde. “We have reduced the number of rolling mills from six big stands to one big stand, so we’ve got most of the gains there. Now, there are tools to further reduce energy consumption in the rolling mill, so we’re working on fine-tuning aspects like that, but these gains are small relative to our original big-step changes. ”

The future of urban housing is energy efficient refrigerators