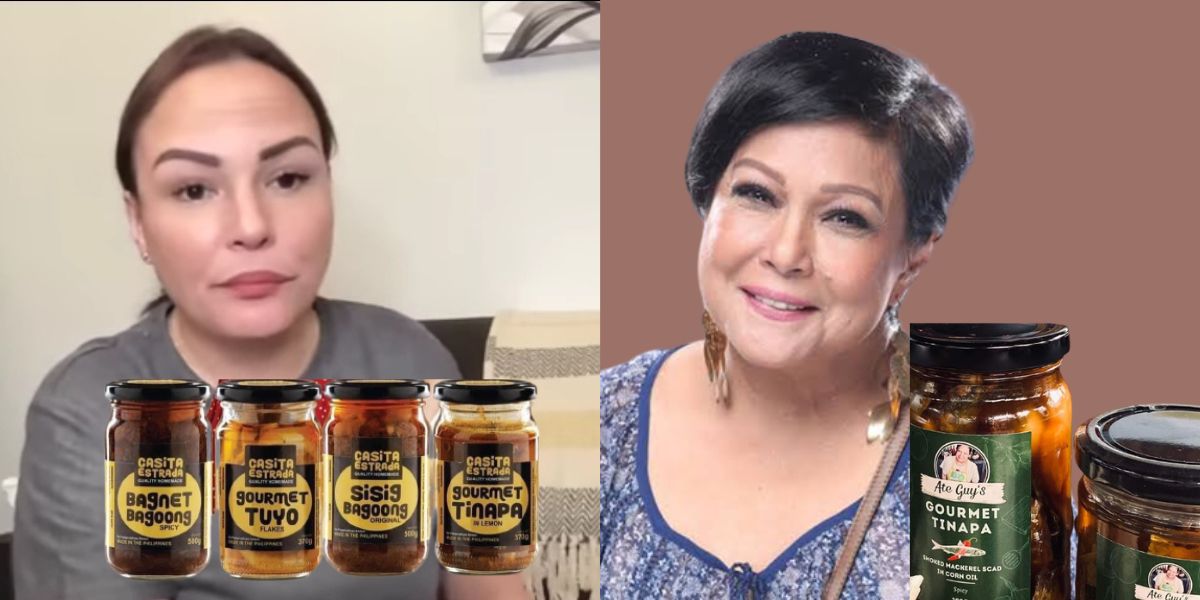 Having competitors is part of doing business, but what would you do if you found that your own mother or family became your own competitor?

Matet de Leon was hurt and betrayed when her mother, actress Nora Aunor, opened a gourmet tuyo and tinapa business in competition with her. On Instagram, Matet aired her disappointment as she showed a photo of ‘Ate Guy’s Gourmet Tinapa,’ which is a direct competitor of her ‘Casita Estrada Gourmet Tinapa.’

Matet lamented, “Would you do this to your children? Honor thy father and mother. How? How can I do that now? Ay, ampon pala ako.”

The actress is the adopted daughter of Nora and her former husband, Christopher de Leon.

Matet continued that there were even those who suggested that she become a reseller of her mother’s business to support her. The news surprised her because she had no idea that her mother would open a business that is directly in competition with the business she built first.

Matet concluded her post by asking her followers what they would do in her situation and if they are capable of doing the same to their children.

The actress went on to share her thoughts and feelings calmly via a YouTube live on her channel. Casita Estrada, she explained, was built by her and her husband, Mickey Estrada, through their own hard work. Her husband is really the one who cooks their products. She admitted that since she rarely gets tapings and movies these days, the thought of starting a business. Casita Estrada sells bottled gourmet tuyo, tinapa, sisig, and bagnet bagoong.

Matet explained that her frustration stems not from a fear of losing customers, but from a sense of betrayal at being in direct competition with her mother. Her brother even suggested that she should support their mother because she could sell more because she is more popular.

When you find yourself competing with others, you can learn ways to stand out from the rest. You can focus on your branding, SEO listing, and many more.

You can watch the rest of Matet’s video from her YouTube channel:

She used to be in the corporate world for a decade but followed her heart and became a writer. She now writes for a number of websites and other online media publications.