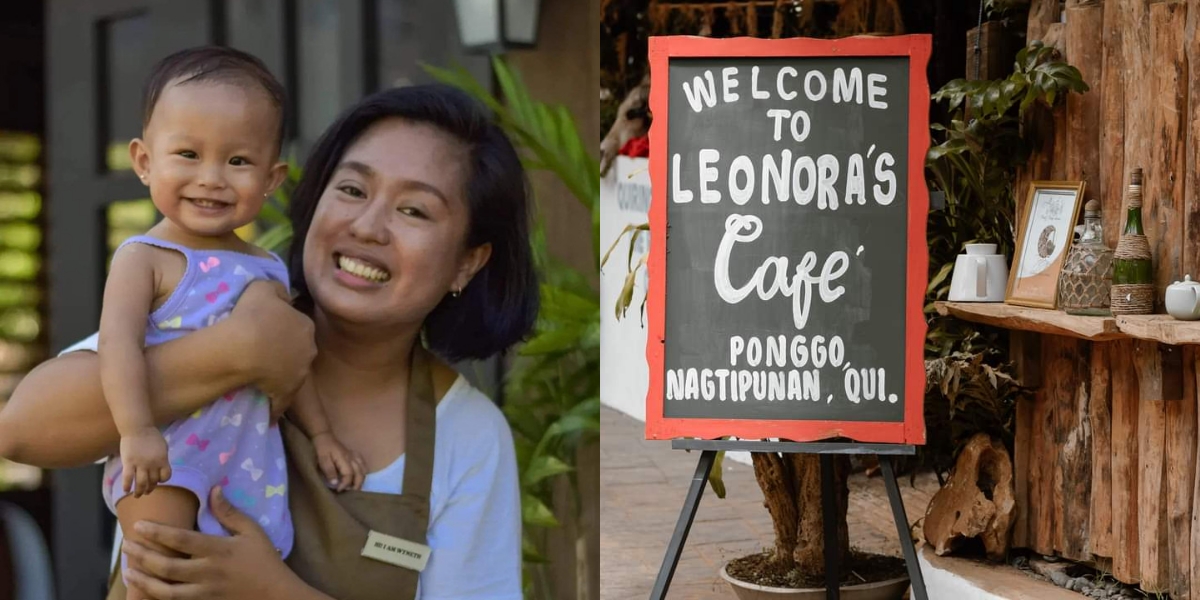 How far can your P1,000 take you? For Gwyneth Gabay, it started her pastry and coffee business! The inspiring story of this award-winning barista will remind you how important it is to be resourceful and to have grit and determination when starting a business.

Gwyneth named her shop, Leonora’s Cakes and Pastries, after her late, beloved mother. In fact, the business was built during a difficult time in their family because of the pandemic and because it was the time when their mother Leonora passed away. The shop was made as a way for the family to cope with grief and honor their mother.

But before Leonora’s Cakes and Pastries shop was born, Gwyneth had already started her small business. She received a Mother’s Day gift of P1,000 and used that to bake cream puffs. Her husband already had equipment, so it was easy for her to get started.

“Luckily, Louie has the equipment which he was able to acquire when he was running a school canteen in Bolinao. But when we moved to Nagtipunan, we could not carry these equipment, so we used our aunts’ ovens instead,” she said.

While the pandemic was an unfortunate time for everyone, it gave Gwyneth an opportunity to expand her business. Since many big shops and bakeries were closed, she took orders and made customized cakes. It was a big hit and helped them save up to expand their growing business. Gwyneth admitted that starting a pastry shop was not really part of her plans. She was planning to migrate to Canada, but the pandemic happened. It frustrated her at first, but she eventually understood God’s plan for her.

“It was mom’s request that we stay together even after her passing. We were able to take care of our mom while doing the business and like our mom, Leonora’s keeps and binds us together,” she explained.

Gwyneth is actually a barista who won several competitions in the United States, London, and other countries. She was named one of Costa Coffee’s most skilled coffee makers in the Middle East and Asia region in 2017 after finishing third in the company’s Barista of the Year MEA Final 2017-18. She competed in the global Champion of Champions finals in London, England, for the title of Barista of the Year 2017-18.

All their hard work paid off as Leonora’s Pastry and Coffee Shop began having a huge following of customers. They were even named champion in the recent Panagdadapun 2022: Agro-Industrial and Tourism Fair.

She used to be in the corporate world for a decade but followed her heart and became a writer. She now writes for a number of websites and other online media publications.