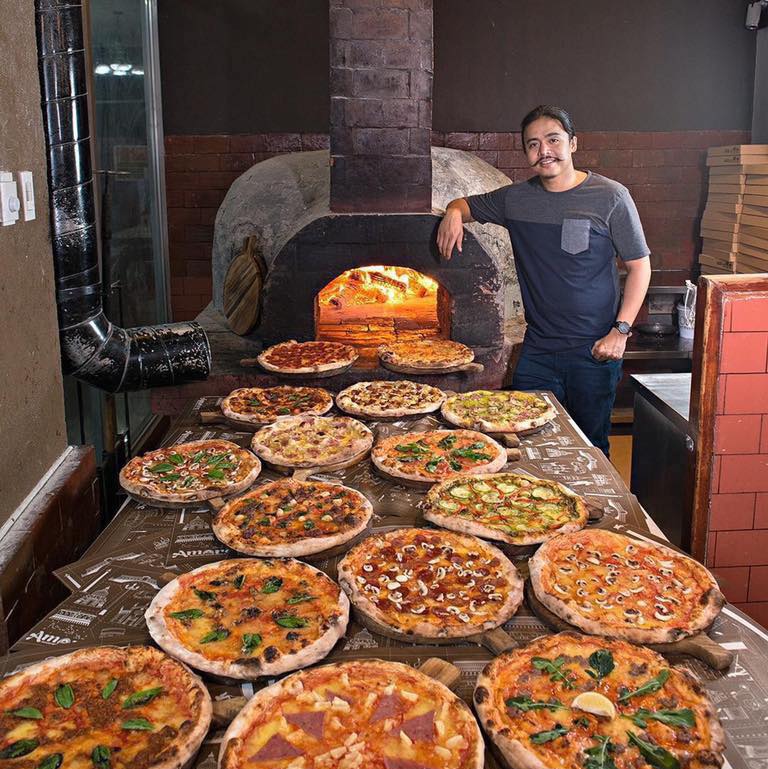 Edmark Bustos, the founder and CEO of Amare La Cucina, may have graduated nursing, but he still found his way into the kitchen, this time as a successful entrepreneur.

There is indeed no specific path towards becoming a successful entrepreneur. Like many others who dreamed of greener pastures, Edmark finished a nursing degree because it was the in-demand degree in the early 2000s.

After passing the nursing board exam, Edmark flew to the United States to take the National Council Licensure Examination (NCLEX). It took him three tries to finally pass in 2010. But luck was elusive in the US. Even if he was a registered nurse in the US, the recession came and it made it difficult for him to get a job.

But just like the former seaman who became a beekeeper, Edmark’s story was also one of those inspiring ones where we learn how our disappointments are actually a redirection in our lives.

With the help of a good friend, Edmark opened a burger joint in front of a school. It lasted for a year until he thought of dreaming big. His dreams got fueled when he became hooked with the famous British chef and restaurateur Jamie Oliver. When Edmark bought his book “Meals in Minutes,” it changed his life and fueled his passion for cooking.

He was staying with his then-girlfriend, Nica, when they started their own pizzeria, Amare La Cucina, in 2013.

“That was the time I started cooking pizza every day in Nica’s house in Antipolo because we love Italian food. But Nica told me that it was useless practicing it using a gas oven. She suggested that I talk to my family and convince them to make a wood-fired oven in Baguio City, in our old house in DPS Compound. With the brick oven, I practiced every day how to make pizza and by July, we opened Amare in the compound with a few tables, a dishwasher. Nica was the waitress and cashier (she used to work as a waitress in the past). I doubled as cook and waiter,” Edmark shared in an article on Philstar.

The couple converted their ancestral home into a takeout pizzeria. Soon, they were able to move into a commercial space, which became their first branch.

According to Edmark, one of the key factors in their success is their innovation. He recalled that they were the first ones who used a wood-fired oven in a pizzeria in Baguio. He said he was able to source German fire bricks so they only need around 10 bundles of wood per day in their brick oven.

Looking back, Edmark shared in an article on ANC that his failures fueled him to work extra hard for his success.

“Kung sikke agad ni God ito sa akin, siguro I won’t have the same mindset I have right now. Since I didn’t study culinary arts, I always have to be better. I always have to work hard. I always believed na may blessing si God kung bakit kinailangan kong pagdaanan lahat yun,” he said.