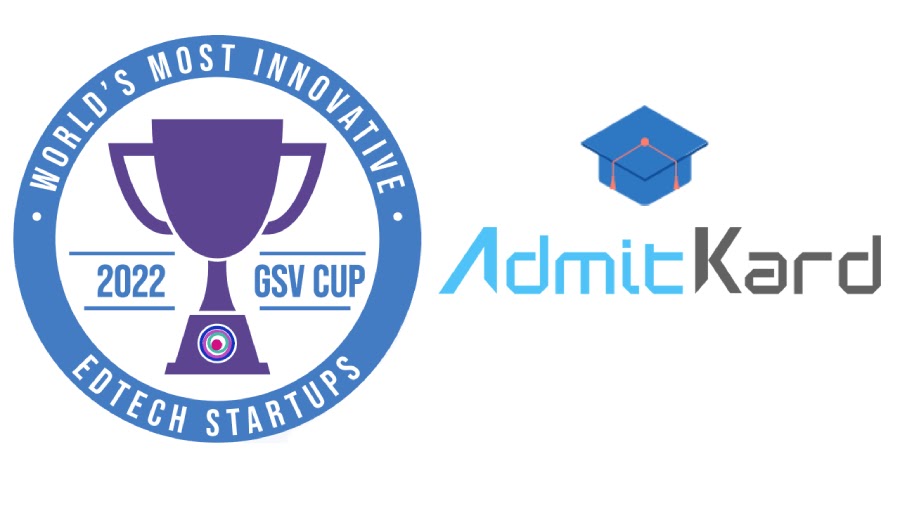 Will Compete Live at ASU + GSV 13.0 for $ 1 Million in Prizes at World’s Largest Pitch Competition For EdTech Startups

The companies shortlisted to The Top 20 come from the top pre-seed and seed-stage startups fraternity in digital learning across the “Pre-K to Gray” space. Further to the selection, AdmitKard will now compete for up to $ 1M in cash and prize at the ASU + GSV Summit to be held in April this year, in San Diego. The annual edtech event is jointly hosted by GSV Ventures and Arizona State University.

AdmitKard is selected from an initial applicant pool of 750+ global companies, which further narrowed to The Elite 200 semifinalists. Over 175 judges hailing from leading venture capital firms including the likes of Accel, Reach Capital, General Atlantic, and Owl Ventures, among others, based on rigorous criteria identified the Top 20 most promising companies. The selected finalists would further compete on Stage X at ASU + GSV.

“We are overwhelmed to bag the esteemed recognition, and to get the opportunity to participate in the reputed ASU GSV. It’s a celebration of Technology in Education and we are looking forward to showcasing our disruptive platform to the global community of EdTech leaders. The recognition certainly highlights the edge that AdmitKard boasts in the market, and we are affirmative to making it even bigger on StageX, ”he said. Mr. Piyush Bhartiya- CO-Founder & CEO, AdmitKard.

“GSV is so proud to recognize an epic group of global edtech founders as our final 20,” he said Deborah Quazzo, Managing Partner of GSV Ventures and Co-founder of ASU + GSV Summit. “These companies have been rigorously evaluated by a judging panel exceeding 90 top venture investors. Congratulations to all !, ”she added.

See AdmitKard and the rest of the companies selected to the GSV Cup at https://www.asugsvsummit.com/gsv-cup-elite-200

AdmitKard, a venture capitalist-funded EdTech startup, was founded in 2016 by IIT-IIM Alumni (Piyush Bhartiya & Rachit Agrawal), with an aim to mentor students in the college application process. AdmitKard boasts of a robust technology platform to make the entire application

process effortless and to enable you to apply from the comfort of your home, hostel, or wherever you are in the world, to make your dreams come true!

Tips for Opening and Running a Pet Supplies Business