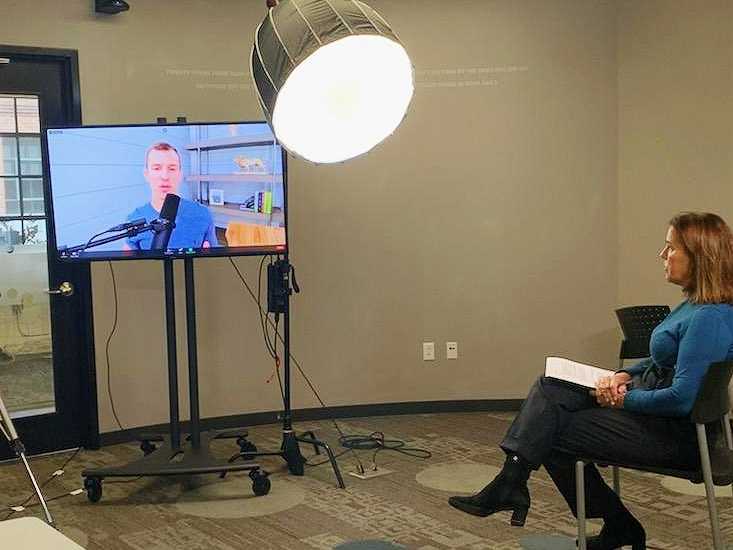 For Dr. Josh Ax, the co-founder of Ancient Nutrition and founder of DrAxe.com, the journey to launching his businesses came alongside a family crisis.

“We tend to get into spaces that revolve around our passions. For me, I got into the natural health industry because my mom, at 40 years old, was diagnosed with breast cancer. ”

With little cultural knowledge around nutrition available, Ax spent the better part of his mother’s chemo treatments – and post-chemo diagnoses of chronic fatigue syndrome and depression – believing that there had to be a better way for people to get and stay healthy. So, when she received her second diagnosis, he surrounded himself with a community of natural care practitioners to decide what to do next.

“We felt really led to take care of her all naturally. I was blessed at the time to have had so many natural doctors who had mentored me, ”he said.

Four months later, the tumors had shrunk by nearly half and 9 months later his mother’s cancer was deemed to be in total remission.

“That’s what drove me to get into the space I’m in today. I learned so much through that process, ”he said, noting that he wants to help other families overcome – or, indeed avoid – the same challenges that his family went through.

So Ax began his own practice, supplemented by opportunities to connect with the community in a larger way, doing the part of the job he was most passionate about: Educating patients, whether that was sitting down with them one-on-one or teaching local nutrition workshops.

But balancing a new love of speaking and a load of patient care proved a difficult feat, so Ax strategized to get his story out in other ways. Inspired by speakers like John Maxwell, Ax launched a soon-syndicated radio show and, in 2009, he introduced the world to his first website, where he regularly blogged about natural health and nutrition advice.

People began to take notice. More and more, he was recognizing that people were coming to his clinic in person because of the advice he’d give online.

In 2009, driven by shared core beliefs, faith and passions, Rubin and Ax teamed up to build Beyond Organic, a company focused on providing health and wellness solutions based around biblical health and environmental stewardship.

While the company ultimately failed due to unanticipated logistic issues, Ax and Rubin had become fast friends and the stress of failure did not sever their relationship.

“This is so important when picking your business partners,” Ax said. “I don’t regret the decision at all because I grew closer to Jordan and learned so much from that failure.”

Yet, Ax had still lost hundreds of thousands of dollars when the business failed. He had invested all but $ 10,000 of his savings, had just gotten married, and was at a risk of a deficit running an expensive website with three full time employees.

“My wife and I were looking at finances and we didn’t know how we were going to pay the bills,” he said.

When an acquaintance inquired after how much money he was making off of this email list of almost 33,000, Ax realized that his passion project had become his next step. In 2013, he turned his most popular article on detoxification into an online course and launched it. He made $ 250,000 a week; more than he’d made in the lifetime of the then 4-year-old website.

From then, he was all in. Since that fateful course launch, Ax has focused on more content, more products, and more courses. From 2009 to 2017, readership of DrAxe.com has grown to over 20 million unique visitors per month.

In 2015, he rejoined Rubin, whose manufacturing expertise complements Ax’s marketing prowess, for the launch of Ax Organics Supplements, and a year later, the companies merged.

“Sometimes you still have a differing set of opinions. In the manufacturing space, I say “Jordan I trust your opinion on this,” Ax said, noting that the partnership has led him to believe that business partnerships should look a lot like marriage, including “mutual submissiveness, surrender and respect.”

Together, they’ve built a team that exemplifies their shared values.

“I envision a world where everyone is a servant leader – everyone focused on having high integrity and character, the servant leadership everyone needs to have the world thrive,” Ax said. “It’s not a culture fit if people don’t believe in servant leadership or are open to learning and growing in different character qualities from generosity, wisdom, humility, and everything that comes with that.”

For Ax, learning to surround himself with people who share those values ​​has been the biggest lesson through his entrepreneurial journey, both professionally – among his team, his co-founders, his partners – but also personally with friends here in Nashville and mentors he learns from.

“I’m making sure that people who have accomplished what I want to accomplish, I’m still learning from them,” he said, looking back at learningings from leaders like John Replogle, Elon Musk and investors like Ray Dalio, Warren Buffett, and Cathie Wood.

As he tells his story and considers what’s next for his business, there’s a very clear formula that Ax follows to keep himself, and his team on track. It begins with the company’s mission, followed by the people who make it happen, and finally, what the company is creating.

“It’s building a foundation, it always starts with why – with the vision, the purpose and the core values. Then the who, then the product, ”he said.

Three Reasons InFlight is Right for You

How Connections are Made at the EC – Meet Garde Solutions